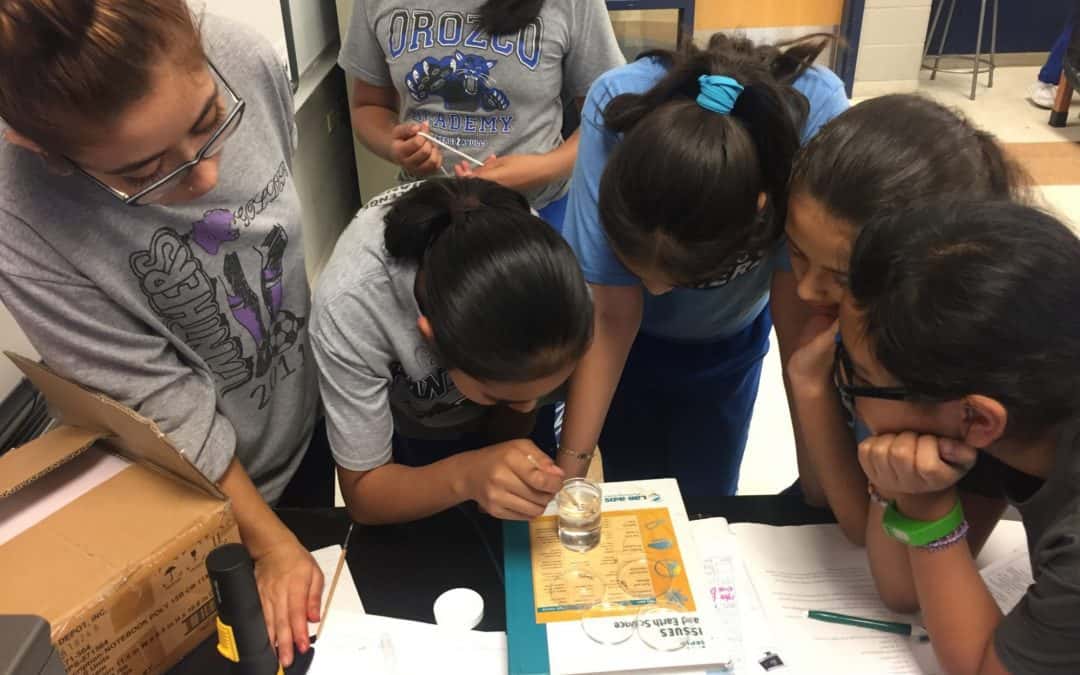 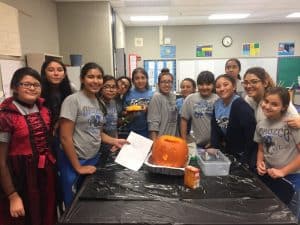 “Yay!” “We are going to carve a pumpkin, we missed program last week!” girls came into the classroom excited after the program was not in session before Halloween. Each girl was in teams and each girl had to draw how they want to carve the pumpkin. Some girls drew Jack O lantern faces; one girl name Karina drew a kissing emoji face, which was choose to be carved into the pumpkin. The girls had the chance to convert the pumpkin into a pumpkin volcano! The girls picked glitter and a purple color, and Ms. Nathalia mixed it with dish soap and placed it inside the pumpkin. Then baking soda and vinegar was placed and BAM, it erupted! “AHHH, WOW, THAT WAS COOL!” was all heard from the girls. 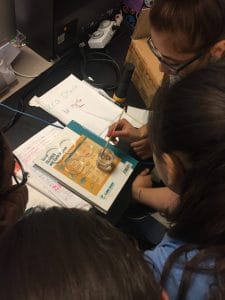 “What are those?” The girls asked, these are planarian worms we will be learning about them and be doing an activity with them Ms. Nathalia explained. Each girl was grouped into their teams and was given a chance to read and learn about the planarian. While reading the girls learned that the planarian could regenerate and grow a whole new head or body! This amazed them; some of the girls were saying, “How is that possible?” Later, Ms. Nathalia asked them to create their own theories on how do they think the planarian can regenerate. One of the girls Karime said, “Probably the planarian have specialize cells 100 times stronger than ours because we don’t regenerate new body parts but we heal when we get a cut”.

When each team came up with their theory, they had the chance to see the planarian under the microscope. Some of the girls did and some did not know how to use a microscope and were taught how to use it. Before looking at the planarian we had to freeze it place it in the freezer, the girls asked specifically Mayra she said, “Why do we have to freeze it, wouldn’t it die?” Ms. Nathalia explained, “ No it would not die, if we just place it for a little while for it can be still in order for us to observe it under the microscope.” The girls had the chance to see the planarian and observe the worm structure and body such as its eye and stomach. 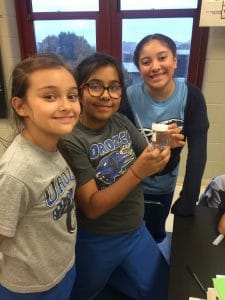 A week passed and the girls then had the chance to see if the planarian regrew after they made the cut at the specific body site. Unfortunately, only one of the girls’ teams’ planarian survived and regrow. The girls who their planarian did not survive were bummed, but, at times, this happens in science experiments; occasionally the subjects do not survive. Again, the girls observed the planarian 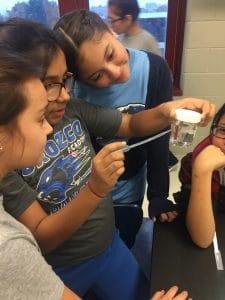 under the microscope, the team cut in the end of the body, which was growing a new tail. They were amazed by this and drew their observations in their journal. To end the 2-week activity, we ended with a little treat of M&Ms to celebrate all the hard work the girls did on their experiments. They each learned about the activity and their subjects (planarian), how to articulate theories and predictions, how to use a microscope, and how to develop observations. Most importantly, however, we all had fun learning about Science!