The Underacknowledged History of Women in STEM

Historically, the scientific achievements of women have been overlooked and undervalued across the globe. In fact, women are represented in only 0.5% of all recorded history, according to The Representation Project! Although, it is important to understand that this small percentage of women’s recorded history is not due to a lack of significant contributions; this is due to a lack of recognition of these women’s accomplishments! 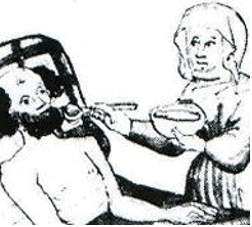 Jacobina Felicie was born in 1280 in Florence, Italy. In 1322, she was one of only eight female physicians registered in Paris during her time! She was reputed as having been a better doctor and surgeon than any other French physician in Paris. Although, after having been recognized for curing patients who had been previously deemed hopeless by her male colleagues, she was put on trial in 1322 for unlawful practice. During her trial, the court was presented with substantial evidence supporting claims of her highly effective medical treatments. Despite these testimonials, the court decided that a man, due to his gender, was able to understand and practice the field of medicine better than a woman. From there forward, Jacobina Felicie was banned from practicing medicine and threatened with excommunication if she ever dared to practice again. Following this decision, women in France were banned from the field of medicine until the 19th Century. 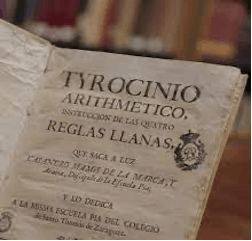 Maru Andrea Casamayor was born in 1720 in Zaragoza, Spain. She was a Spanish writer, mathematician, and girls school-teacher. Further, she was also known to be a strong advocate for increasing access to education! Casamayor is recognized for her important contributions to the field of arithmetic, which prior to her had been previously considered a field exclusive to men. She published two books on arithmetic with her first being “Tyrocinio aritmético (1738).” In this book, she outlined to the reader the four rules of arithmetic: addition, subtraction, multiplication, and division. According to a book review by a Dominican priest Pedro Martiníz, a collaborator and close friend of Casamayor’s, “Her aim, in this brief piece of work, is to bring the education to the many who have no means to achieve it.”

Wang Zhenyi was born in 1768. She was a famous self-taught scientist from the Qing dynasty. Known to be a very strong and intelligent woman, Zhenyi is revered for defying customs limiting women’s rights. She educated herself in astronomy, mathematics, geography and medicine. She was a prolific author, publishing many articles including “Dispute of the Procession of the Equinoxes” where she explained and proved how equinoxes move. In attempt to study a lunar eclipse, Zhenyi created an experiment using a round table in the center of a garden pavilion as a globe, a crystal lamp hanging from the ceiling beams as the sun, and a round mirror on the table to act as the moon. She thereby moved these three objects (globe, sun, and moon) around according to astronomical principals, producing very accurate findings which were documented in her article “The Explanation of a Solar Eclipse.” 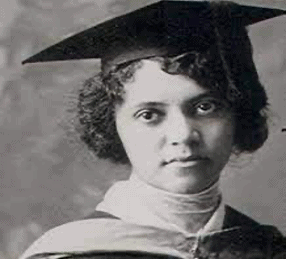 Alice Augusta Ball was born in 1892 in Seattle, Washington. Alice Ball was a chemist who discovered a treatment for the infectious disease leprosy. She developed an injectable oil extract which proved to be the most effective treatment for leprosy until year 1940. Alice was an African American chemist who attended University of Washington, where she earned a degree in pharmaceutical chemistry. Two years later, Ball earned a second degree in pharmacy. In conjunction with her pharmacy professor, Ball published a 10-page article entitled “Benzoylations in Ether Solution” in the prestigious Journal of the American Chemical Society. Not only was this opportunity and accomplishment incredibly rare for an African-American woman, but it was incredibly rare for a woman of any race! 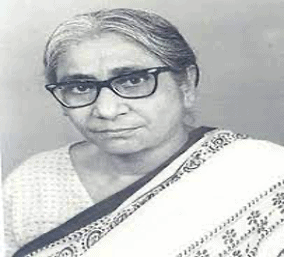 Asima Chatterjee was born in 1917 in Kolkata, Bengal. She was a chemist known for her work in the fields of organic chemistry and phytomedicine. Her mostly widely recognized research was the development of anti-epileptic and anti-malaria drugs. In 1944, Chatterjee became only the second woman to be conferred a Doctor of Science by an Indian University. In 1975, Chatterjee became the first woman scientist to be elected as the General President of the Indian Science Congress Association. 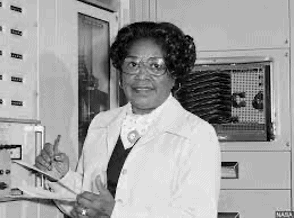 Mary Jackson was born in 1921 in Hampton Virginia. She is widely recognized as NASA’s first Black female engineer. She was a mathematician and aerospace engineer at the National Advisory Committee for Aeronautics (NACA), which later became known as the National Aeronautics and Space Administration (NASA). After spending 34 years working at NASA and having earned the most senior engineering title possible, Jackson recognized there was limited opportunity to further her professional growth. Therefore, Jackson decided to accept a position (a demotion, really) to become a manager of the Federal Women’s Program within the NASA Office of Equal Opportunity Programs and the office of Affirmative Action Program. Here she advocated for the hiring and promotion of women in NASA’s science, engineering, and mathematics careers! In 2016, the movie Hidden Figures was released featuring the work Jackson and fellow colleagues Katherine Johnson and Dorothy Vaughan and their work on Project Mercury during the space race. 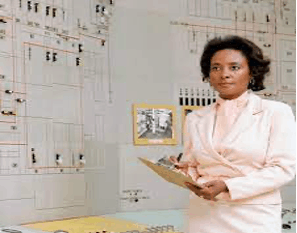 Annie Easley was born in 1933 in Birmingham, Alabama. She earned her degree at Xavier University in New Orleans, Louisiana, a historically Black Roman Catholic university. She was a computer-scientist, mathematician, and rocket scientist! Annie grew up prior to the Civil Rights Movement when educational opportunities for African American children were incredibly limited. Although Easley was motivated by her mother who assured her, she could be anything she wanted as long as she worked for it. In 1955, Annie Easley applied for a job at the National Advisory Committee for Aeronautics (NACA). In her 34-year career with NACA, Easley supported the Centaur high-energy upper rocket stage, developed computer coding which investigated alternative power technologies and identified energy conversion systems and alternative ways to solve energy problems. Her work with the centaur project laid the important foundation for future space shuttle launches, as well as for launches of communication, military, and weather satellites! 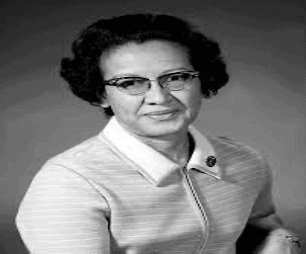 Katherine Johnson was born in 1918 in White Sulphur Springs, West Virginia. She was a physicist and research mathematician, which were notoriously difficult fields for women and African Americans to get into. In 1939, Johnson enrolled in a graduate math program, making her the first woman and one of three African American students to attend graduate school through West Virginia University. Though, after a year she decided to unenroll from school and instead focus on her family. In 1953, Johnson accepted a position through the National Advisory Committee for Aeronautics (NACA) in the Guidance and Navigation Department and later went on to become one of the early team members of NASA. From 1953 through to 1958, Johnson analyzed topics including gust alleviation for aircraft by operating as a “human computer.” In 1969, Johnson helped to calculate the trajectory for the Apollo 11 flight to the moon and later helped with the Apollo 13 moon mission in 1970.

Beyond passion for STEM, the thread that ties these incredible women together is their dedication, persistence, and refusal to accept the sexist and discriminatory status-quo within their fields.

As scientists, physicians, and “human computers,” they broke barriers, defied feudal customs, and cleared a path for the modern woman to excel in the field of her choice. Today more than ever, women are entering and prospering in previously male dominated fields, although we must do more to achieve true equity within STEM and mechanical trade careers. In today’s day and age, women account for half of the total U.S. college-educated workforce, yet they only represent 28% of the science and engineering fields (NSF, 2018). A possible explanation for this disparity may come from research suggesting the most predicative variable of the university major a woman chooses is the degree of gender discrimination she perceives to exist in that field (Educational Researcher, 2019).

A study was conducted to determine why 81% of female scientists are found predominately in three fields: psychology, social sciences, or biology (life science). The researchers sought to understand why a higher proportion of women are in the field of biology as compared to the percentage of women in physics. Two commonly cited reasons amongst female biology and physics professor respondents were (Sage Journals, 2012):

To combat these gender disparities in the fields of STEM and the trade industries, female-female mentorship will prove to be more important than ever. By raising awareness about career opportunities typically not promoted to women, young women will gain knowledge about the options, benefits, and often high wages included in these industries where women are notoriously underrepresented, thereby supporting the female-identifying population as a whole. Together, through kindness, camaraderie, and mentorship, women will bring an end to gendered professions.

You Can Help Change the Face of Science

Project Exploration aims to ensure students who are underrepresented in STEM, including women, have access to free, high-quality STEM programs. Our approach includes ensuring that real world mentors, especially those who reflect the young women we serve, can share with and learn alongside our students. These volunteers encourage the innate curiosity of our students, their perseverance, and reflection of the opportunity they have to be trailblazers in STEM.

If you want to help students find their passion, confidence, and provide mentorship so that they can reach their full potential, please learn more about volunteering with Project Exploration and complete our volunteer inquiry form today. We will work with you to find a volunteer opportunity that works with your busy schedule!

No time to volunteer? That’s okay too! Please celebrate women’s history month with a donation to support Project Exploration’s mission. 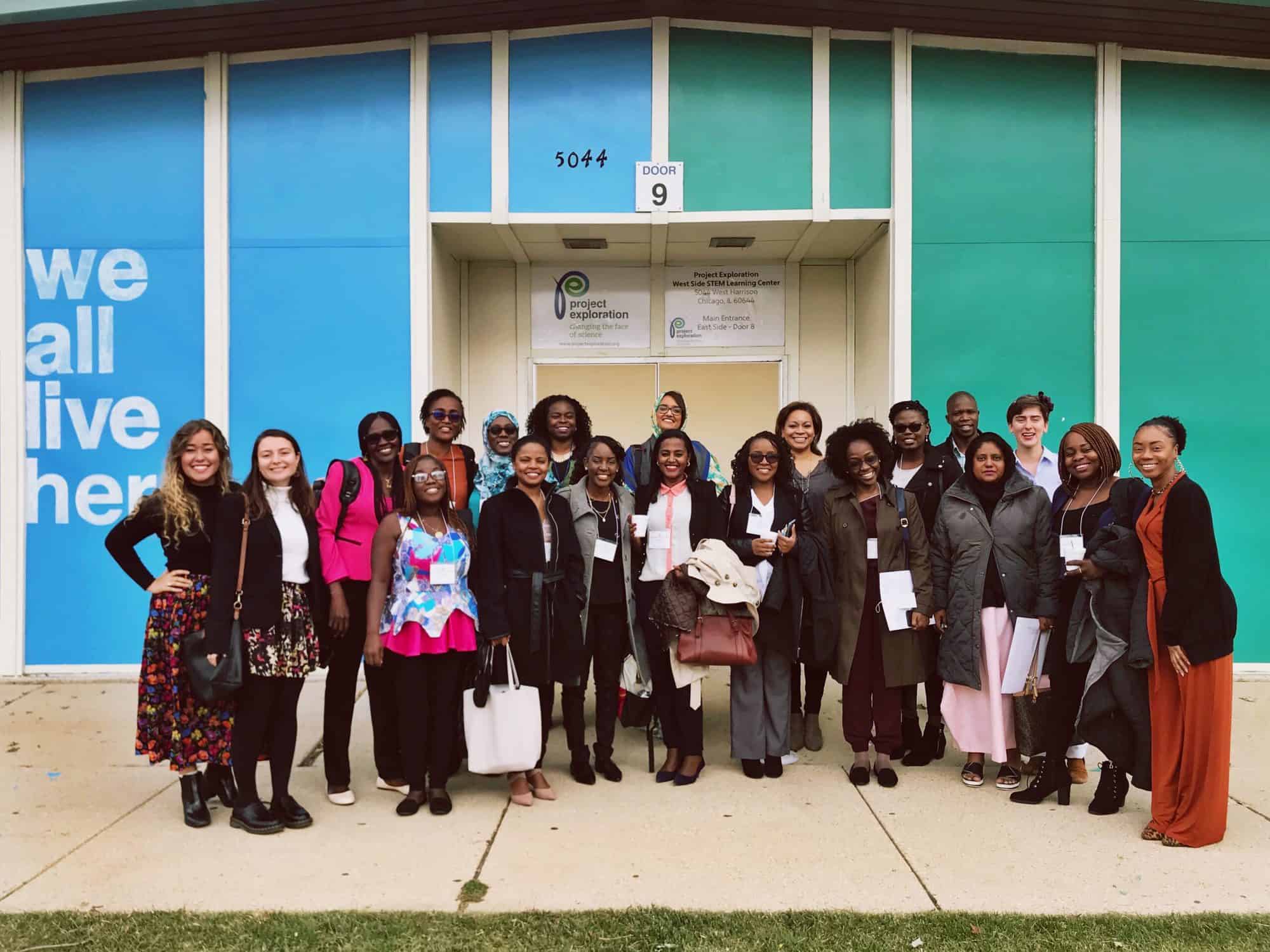 Volunteer with PE
Make a Donation